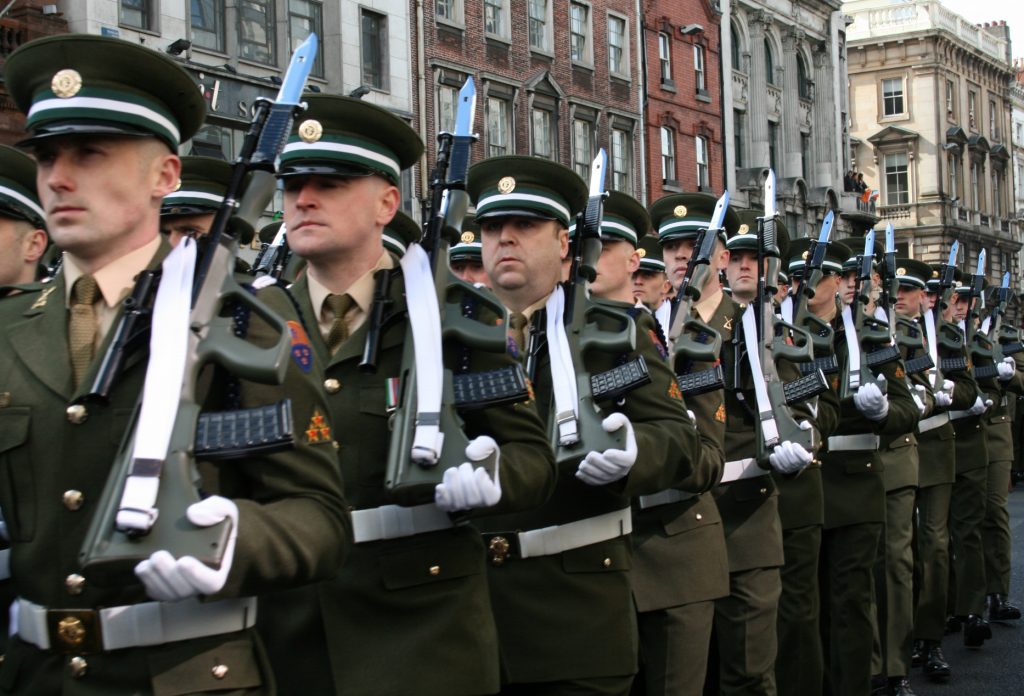 By the end of September, the Irish Defence Forces (DF) will have reached an all time low. An all time low in numbers and in morale. Proud experienced Officers, NCO’s and enlisted women and men are walking away from the career they placed their hopes and dreams in. Young women and men who want to serve their country are opting for jobs in supermarkets or fast food outlets leaving behind careers destroyed by a failure of those in charge to understand their own mismanagement. The situation is I believe made worse by political interference forcing uniformed personnel to lower standards to present an image of an organisation with a plan.

The recently published Department of Defence and Defence Forces Strategy Statement 2017 – 2020 provides some insight into the flawed thinking that is rapidly driving the collapse of the force. The Taoiseach in his capacity as Minister for Defence clearly states that a key focus must be to ensure that the Defence Organisation retains its capacity to meet its High-Level Goal and fulfil all roles assigned by Government. He then goes on to say that the driving force behind this strategy will be the seriously flawed ‘White Paper’ on Defence up to 2025. The Minister of State with responsibility for Defence writes of the need to continue the positive work that has been undertaken since the publication of the ‘White Paper’. Who wrote these introductory passages? Is there anyone aware of what is happening within the services?

The reorganisation of the Army has resulted in soldiers from Finner Camp in Donegal, Aiken Barracks in Dundalk and Custume Barracks in Athlone being transported to Dublin to carry out routine barrack duties. Soldiers from Galway are undertaking duties in Portlaoise Prison. How wasteful is this unnecessary movement of troops? How prepared is this country if and when we are forced to deal with the fallout of a hard BREXIT? Until recently the Ordnance (Bomb Disposal) unit which should provide for 37 operational officers had only 13 who were trained and only 11 of these were available in Ireland with each undertaking between 11 and 21 duties per month. So much for a family friendly working environment. When soldiers resort to contact with politicians and leaks of sensitive reports to the media to try to fix the problems compromising their profession this indicates an organisation that is in deep trouble. Anecdotal evidence suggests that normal military standards of fitness, training and discipline are being sacrificed simply to get and retain recruits or ‘Bums-on-Seats’. Experienced Officers and NCO’s believe that the current strategy, or lack of one will ultimately lead to an incident where lives may be lost. Indeed there have been near misses already but these have gone below the radar.

The Naval Service which has preformed so well in its humanitarian role in the Mediterranean is struggling at home. Recently of the 65 recruits called for medical and fitness assessment to the Navy’s base at Haulbowline only SIX turned up and it is my understanding that the Navy were expecting to put 48 through basic training. Joint exercises between the Permanent Defence Forces (PDF) and the Reserve Defence Forces (RDF) is always an excellent idea. However, when the RDF are being called up to crew ships simply because the PDF do not have the numbers to put to sea safely somebody somewhere should be screaming. Instead of this we have in the 2017 – 2020 strategy a desire to move the Navy from an 8-ship flotilla to a 9-ship one. Who will crew the new ship? Experienced naval personnel believe that safety is being compromised in order to create an image of all being well. Many are saying the lessons will not be learned until lives are lost and that is simply unacceptable. Who is formulating the Naval strategy?

Shortages in the Air Corps are now at crisis levels. The Minister of State frequently refers to the fact that pilots are coming on stream. This is of course a smoke screen to cover up the truth. Pilots on single-engine aircraft take up to five years to qualify. It can be between five and ten years before they have the experience to fly twin-engine aircraft. The 2017 – 2020 strategy advises that new Aircraft will be purchased as necessary and improvements to Casement Aerodrome this is all fine and dandy but who will fly these new aircraft and who will operate the ground staff and Air Traffic Control functions?

The 2017 – 2020 strategy in its section Department led commitments refers to ensuring at least 9,500 permanent Defence Forces Personnel and a full-strength reserve. The truth is that the Permanent Defence Forces will fall by the end of September to its lowest ever level with a total number somewhere close to 8,700. I see nothing in the strategy to change the contracts for enlisted personnel. Under the post-1994 contract, the introduction of which was an absolute insult, soldiers are for discharge after five years unless they could show they were fit enough to stay on for 12 years. As such a young woman or man who joins the Defence Forces at the age of 18 will be effectively thrown on the scrapheap at the age of 39. Thanks to PDFORRA, there has been some changes to the contract allowing for an extension of up to 21 years.

The much referenced ‘White paper on Defence’ and the ‘Department of Defence and Defence Forces Strategy Statement 2017 – 2020’ both need to be consigned to a dusty shelve somewhere in the archives of the Department of Defence. There is an urgent need to draft new ‘White Paper’ which puts Defence Forces personnel first and not shiny new ships, aircraft and armoured cars. There is an urgent need to revisit the reorganisation and stop pretending all is well with the current distribution of troops. There is an urgent need to examine ‘command & Control’ issues as if and when there is an accident who will carry the can. Officers undertaking duties two or even three ranks above their station cannot be held responsible for the mismanagement which seems almost institutionalised in the forces of late.

The uniformed military must be in control of recruitment, training and all operational functions. The strategic HR function must be returned to the Military who have the knowledge and experience to deal with the needs of the forces. The political interference which has forced standards to fall to unacceptable levels for the sake of positive headlines must be stopped.

Finally, the nonsense that it is an improving private sector economy that’s driving out highly trained and experienced Defence Force personnel or driving potential recruits away must stop. 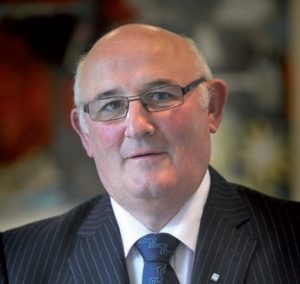 PrevPreviousIsn’t it time we reformed the Seanad ?
NextStatement on the Presidential Election 2018Next 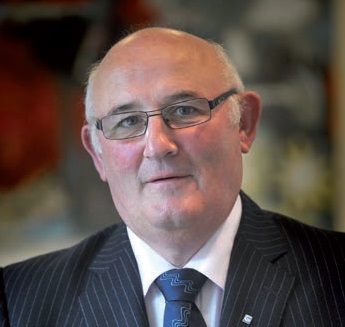 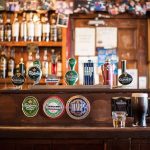 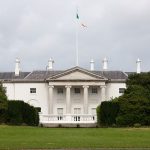 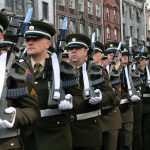